Hong Kong is known as a cultural crossroads of East and West and is also one of the top famous tourist cities in Asia. Hong Kong does not have many majestic natural beauty but attracts tourists by the massive man-built works such as Disneyland, Sky 100, many ancient temples like Lantau Island and shopping malls. , extremely attractive entertainment like Causeway Bay, Lan Kwai Fong …

Hong Kong or the full name Hong Kong Special Economic Zone is one of the most modern cities in Asia, compared to a “city that never sleeps”. If you intend to go to Hong Kong, please refer to the following travel guide.

Some of Hong Kong’s attractions have been purposefully built, others are only developed on their own. Madame Tussauds is a somewhat unusual sight, but it’s interesting to observe the reaction of local tourists as they marvel at the waxworks of the rich and famous. And the Goldfish Market is pure Hong Kong – right in the heart of the city, a thriving subculture right on the street.

And – get this – many of Hong Kong’s attractions charge no entrance fees at all, or just a few dollars. Stroll along Sai Kung Seafood Street for as long as you want, and you won’t lose a penny. The Star Ferry and Happy Valley Racecourse must rank as two of the cheapest attractions in the world.

Not all of Hong Kong’s main attractions are in town – hop on a ferry or cable car to see the Big Buddha at Po Lin Monastery on Lantau Island, or take a stroll east of Hong Kong to take a walk walking around the ancient area of ​​Sai Kung fishing port and bustling seafood street.

The 552 meter high mountain boasts classic Hong Kong views. Near the top of the mountain is an entertainment and sightseeing complex called the Peak Tower, where visitors can take perfect souvenir photos. In the foreground, a forest of skyscrapers rising in density expands under your feet while Victoria Harbor sparkles in the distance. Going on a fine day, you can also explore remote islands scattered across the South China Sea.

There is a variety of transportation to the top, but the 1,350-meter-long tram (mountain-climbing rail) is the most popular. The 125-year-old rail is believed to be the first railway in Asia and the 8-minute ride can reach as steep as 30 degrees.

The Star Ferry is the loveliest attraction in Hong Kong. This 115-year-old service is one of the rare attractions praised by both tourists and locals. Transfer between Tsim Sha Tsui on the Kowloon side, Central and Wan Chai on Hong Kong Island, these 20-minute boat trips embody the lifestyle of the past: slow, light, and stress-free. That’s exactly where excitement and delight lies.

It is fascinating to see the super-bustling city from these boats: centuries-old colonial buildings rival the glass-walled skyscrapers on both sides of water. Even with the MTR which effectively connects Kowloon and the Center, locals choose to take the Star Ferry ferry now and then for that classic Hong Kong moment.

Tung Choi Street is Hong Kong’s street shopping hub. Not far from the Ladies Market in the north is a unique Chinese treasure island, the GoldFish Market. This fascinating market is a great place for families to visit. Live goldfish bags of many different sizes and colors can intrigue even the most squishy of the kids. They are sold as pets because the Chinese see goldfish as a sign of luck and some of the rarer species on the market can be sold at a premium. Besides displaying goldfish like a kaleidoscope, the market also sells other small animals such as turtles, rabbits and field mice.

Exhibits include “Hong Kong Glamour” (rich, famous and / or powerful), “National and Historical Hero” (such as former President Hu Jintao, Royal Britain and Africa). astronaut Neil Armstrong), “Premier of the World” (domestic and international celebrities in the movie industry), “Champion” (athletes like David Beckham and Tiger Woods), “Music icons “(international stars like Elvis and Madonna show together with Chinese pop artists like Leslie Cheung, Teresa Teng and Joey Yung). As always at Tussauds, the wax works are surprisingly lifelike, enough to make you fall in love, even in an era when international celebrities are all too familiar with the media.

A hidden gem from Hong Kong, this fishing town is home to Hong Kongers for swimming at sea, kayaking and enjoying some of the city’s best seafood. The center of town is a 1,000 meter long street lined with seafood stalls. Each looks like a mini aquarium as the boss displays a variety of fresh seafood for diners to order. Across the street, curious fish sellers are selling their catch on a boat at the pier. Many of them also offer excursions around the surrounding islands for around US $ 20.

About six kilometers south of the seafood street is Trio Beach, a beautiful stretch of fine sand beach with calm and clean water, a comfortable atmosphere and the chance to enjoy a barbecue by the beach. For the truly energetic type, Sai Kung National Park offers some of the most challenging yet rewarding hiking experiences through mountains to the beach. 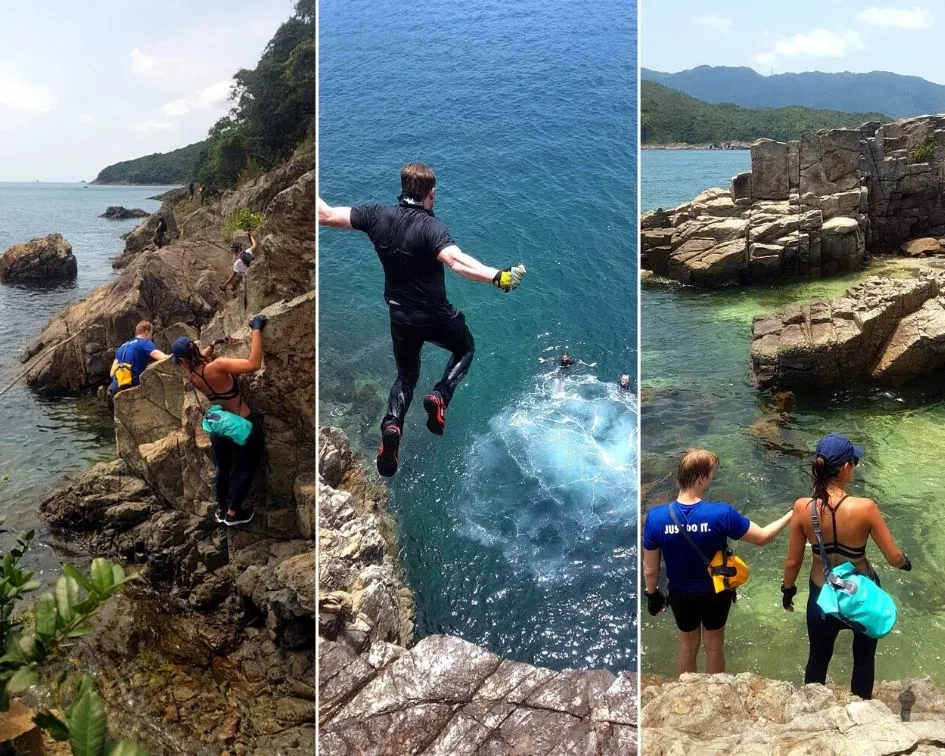 Po Lin translates to “precious lotus”, and this monastery is one of Hong Kong’s most popular attractions. In addition to being one of the largest and most luxurious temples in the country, it is also home to the famous “Big Buddha”, over 100 feet high. Made of bronze and sitting on the mythical cross-legged posture, this statue is itself an attraction.

The view of the countryside is breathtaking and the excellent vegetarian dishes are served by the monks in the canteen. Most people come here by road or cable car, both of which are interesting journeys in themselves.

The walled city of Kowloon is truly famous because it is the only district in Hong Kong that was free of British rule during the Qing Dynasty in 1840. Who then ruled the walled city? No one! It was in a state of lawlessness and disrepair until it was demolished and the site became an award-winning park in the 20th century.

This is home to Bonsai trees, relics from the Qing Dynasty and a popular giant chess board. This is the ultimate urban regeneration project, not only in Hong Kong but also anywhere in the world. There is always a pleasant peaceful atmosphere, no matter the time of day.

Surrounded by tall buildings, this city center racecourse is one of the largest on earth to enjoy a sweaty, noisy horse race and pumping adrenaline at night. Dating back to 1844, the 55,000-seat racecourse was one of the earliest public facilities in colonial Hong Kong. The races usually take place every Wednesday and Saturday from September to June on the 30 m wide grass track. The 978-seat iPad-equipped betting hall is located on the second floor of the first court. Visitors can pay HK $ 10 (US $ 1.3) to sit on an audience seat or HK $ 100 – HK $ 150 (US $ 13-19) to enter the association-only area tablets.

There are a total of seven restaurants and bars in the complex from Cantonese dining to outdoor drinking. On the second floor of the Happy Valley Stand of the racecourse, there is a 670 square meter museum, the Hong Kong Racing Museum, tracing the past and present of the city’s enduring pastime.

The gods of literature and the army are held here at one of the oldest temples in Hong Kong. Built in the 1840s, you’ll find two unique inner chairs that were once used to carry these deities around the city during festivals. Former visitors who left incense sticks over the years, now hanging from the ceiling; you can still buy one in the hope of fulfilling a wish, while a fortune teller runs a quick business to the side of the temple. Man Mo is located on tourist routes, but with very good reason, and convenient for shopping for antiques along Hollywood Road.

Places to eat out during Covid-19 pandemic

Impressed with the multiracial culture in the paradise...

Pristine and peaceful place on the Italian island...

Definitely have to visit the fascinating Taman Mini...

Be overwhelmed by the mystical architecture of the...

Go back in time at the Hong Kong...

Interesting things to try during your trip to...